tokidoki is proud to present limited edition MANNY movie tees featuring eight-division world champion professional boxer, Manny Pacquiao! Inspired by the documentary narrated by Liam Neeson, the film reveals the untold story behind Manny's fighting spirit. These tees are available in two exclusive styles. Be sure to root for Manny as he takes on Floyd Mayweather, Jr on May 2nd  in one of the biggest fights of the century! 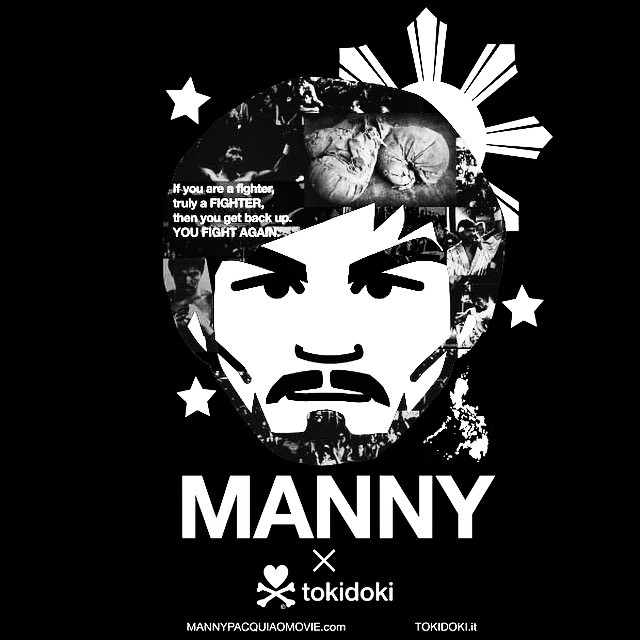 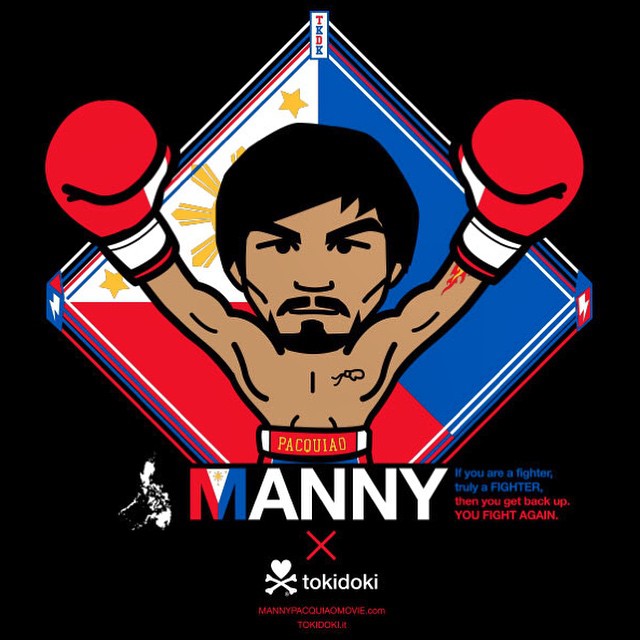