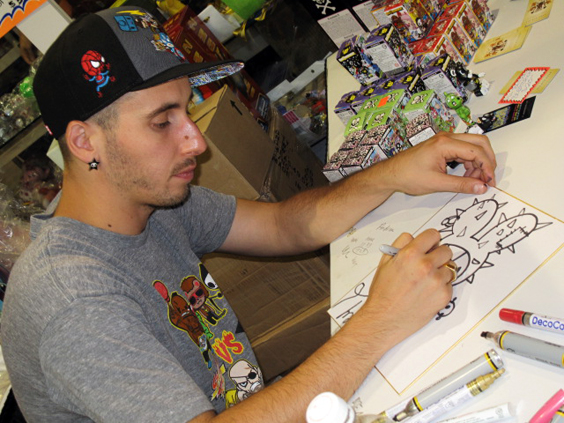 tokidoki ROCKED IT once again at Comic Con this year in San Diego! Thank you to all our fans and friends who continue to make the event more exciting for us and more active with each passing year. We saw a lot of familiar faces and even more new ones! This year was packed with signings, exclusive products, sneak peeks, special appearances, and surprise visits. 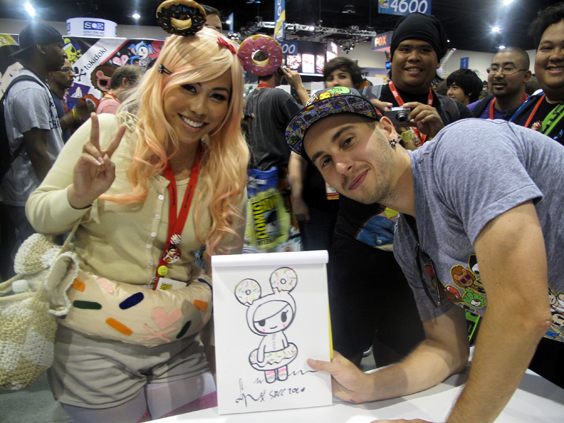 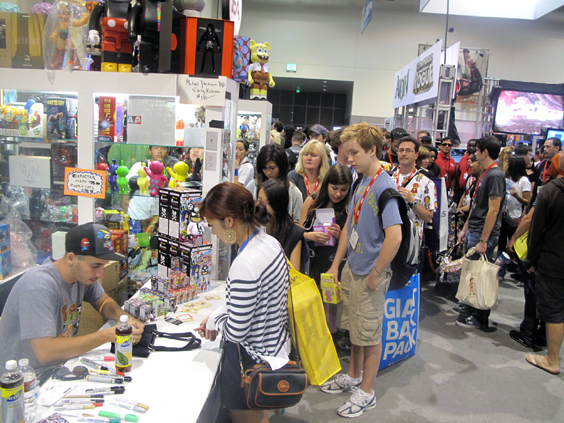 Comic Con 2010 saw an enormous turnout and this was greatly apparent at the tokidoki booth. Fans crowded the 10 x 30 space to get their hands on many of the hottest tokidoki styles and products at discounted prices. This year brought more fans from all over, varying in age, backgrounds, and diverse attire, all expressing their inner passion and love for tokidoki. 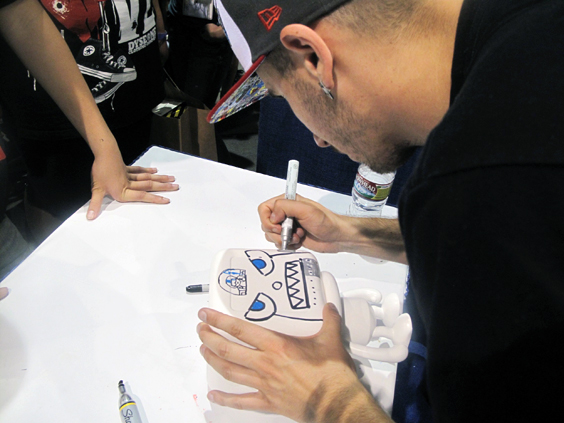 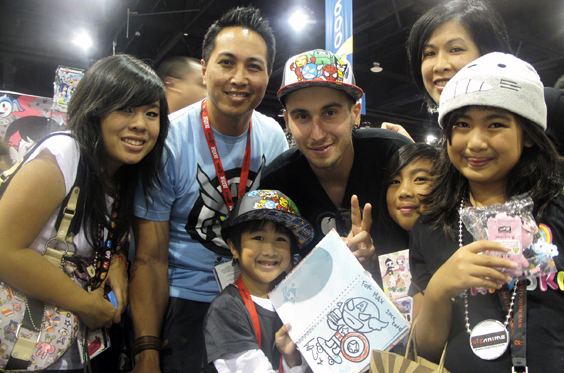 Each day, 80 lucky fans were given the opportunity to meet Simone and to acquire some form of signage and/or a memorable picture. Some of the various items signed by Simone this year differed from laptops, books, bags, toys, a record vinyl, and even an iPad. 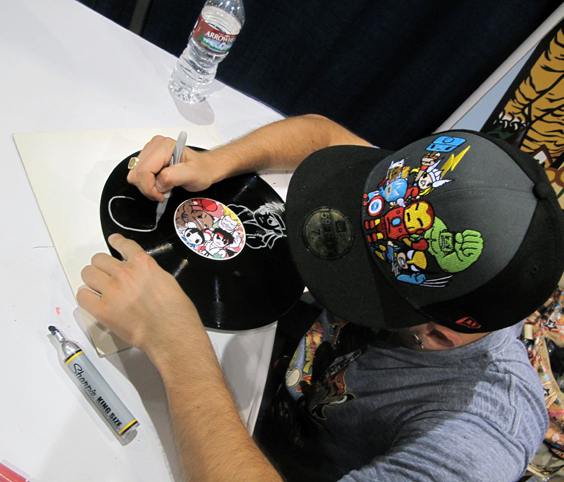 2010 was also the year that tokidoki introduced a few fresh and exciting projects at Comic Con, starting with Marvel and Capcom for tokidoki. Comic Con attendees were lucky enough to grab Marvel for tokidoki and Street Fighter vs. tokidoki gear exclusively made for 2010â€™s San Diego Comic Con.

Fans were also given a sneak peek at two new characters emerging from the tokidoki world, Lion Pappa and Savana, both part of the Royal Pride family coming soon to tokidoki. 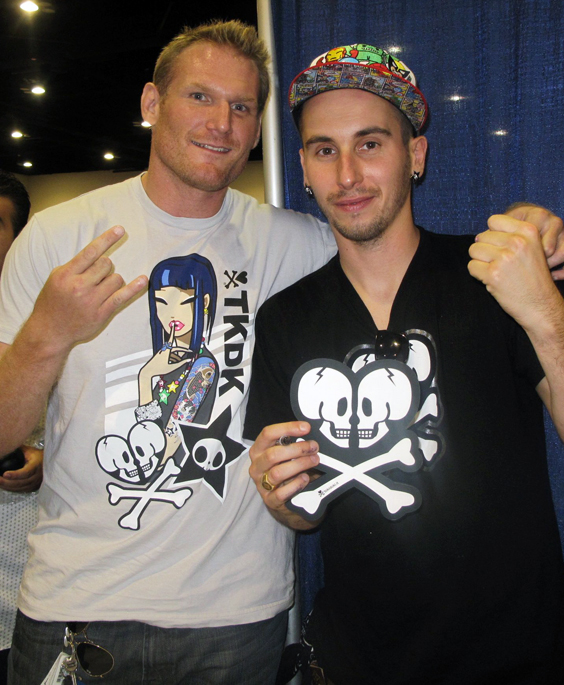 Making a special visit to our booth, accomplished mixed martial artist and former UFC Heavyweight Champion and King of Pancrase Openweight Champion, Josh Barnett!! Josh mashed it up with Simone while rockin' a fresh tokidoki tee. 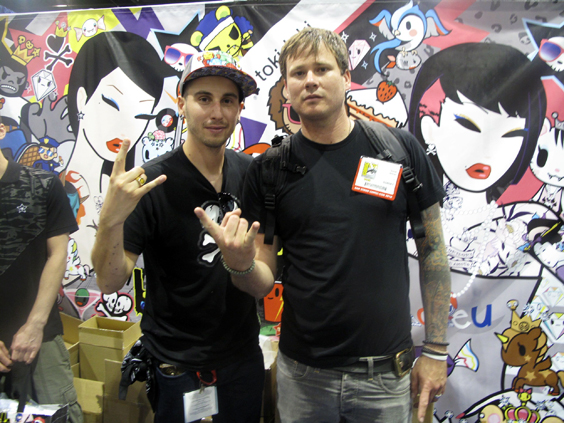 Tom DeLonge!! Singer and Guitarist for bands Blink-182, Angels & Airwaves, and Boxcar Racer dropped by to share his love for tokidoki! 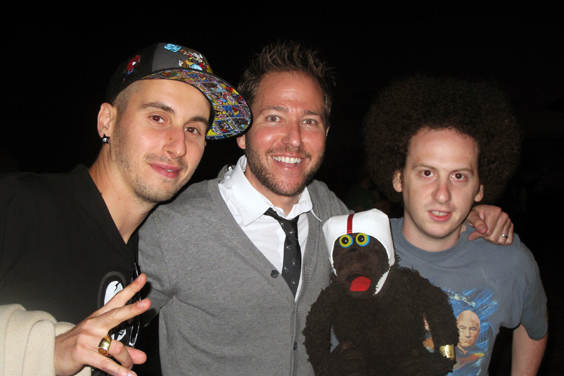 Close friend and fan of tokidoki, Stryker, of KROQ, and Simone were joined by Josh Sussman and Warren the Ape of MTVâ€™s "Warren the Ape", for a night out in San Diego. 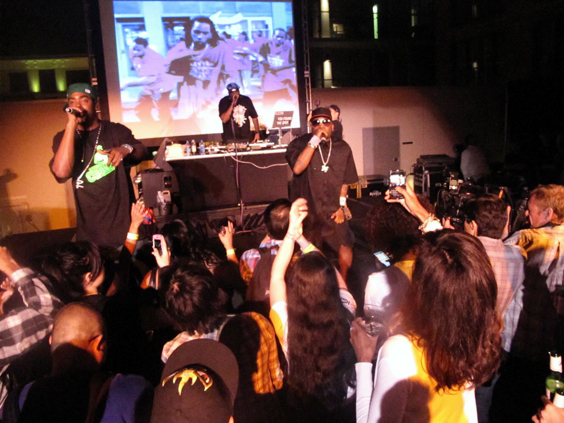 Special thanks to Marvel and Capcom for the Exclusive Comic Con products and for inviting us to their â€œMarvel vs. Capcom 3â€ Comic Con Party at the Hard Rock Hotel in San Diego! 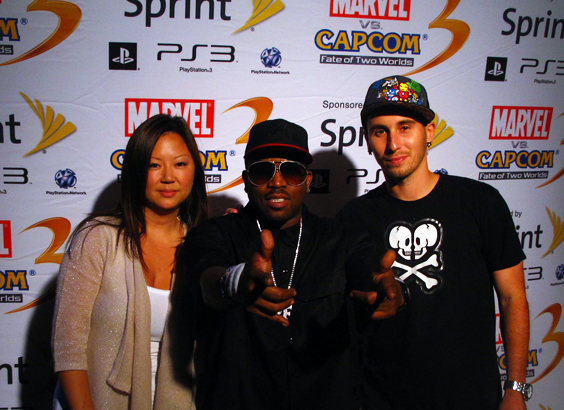 Simone Legno and Cindy Shin of tokidoki snap a photo with Big Boi of OutKast at the â€œMarvel vs. Capcom 3â€ Comic Con Party. Big Boi rocked the house with a performance which included many of OutKastâ€™s hits and brought energy that kept the crowd pumped.
August 04, 2010
Share
Older Post Back to tokidoki Blog Newer Post

Sign up for our newsletter to get the latest info

All measurements are listed in inches unless otherwise noted